the birds and the bees (Guelph) 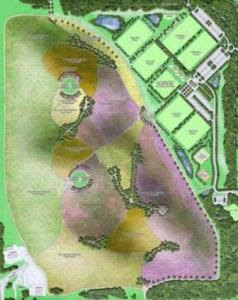 Guelph is creating the first Pollinator Park in Canada. It is located on the grounds of the old Eastview Landfill site.

From the City of Guelph website: The former landfill site is north-west of Eastview Rd and Watson Pkwy N. where 45 of the total 81 hectares had been land-filled. The plan includes a pollinators park and preservation of wetlands, and sports fields on the non land-filled portions of the site.
They have implemented a 1.5 hectare demonstration project to test and monitor this proposal (as there are many constraints with landfill sites). And the City of Gatineau and Fleurir Gatineau might be considering creating a similar initiative in the capital city.

If you want to know how this initiative got started, there is a powerpoint presentation (in pdf) online at the University of Guelph's website. They were one of the initial funders of the proposal. In it they discuss how important it is to have a Champion at the City level and for this project Guelph City Councillor Vicki Beard was that "powerful proponent".

ICLEI Canada has a great summary of this project as one of their Case Studies in the Cities and Biodiversity Series found here: ICLEI LAB.