"Grasses and Grasscapes: From the Four Corners of the Earth to You, A Talk by Dave Demers"

Dave Demers, a modern day plant hunter and garden designer, delighted his audience with his sumptuous photographs of grasscapes in the wild, and in cutting-edge gardens.

Mr. Demers, who has traveled the world to discover plants in their native habitats, outlined and described the best grass cultivars for our northern landscapes.

(reposting because there are such cool gardens pictured on his blog!)
Posted by Urban Girl at 3:28 PM No comments:

Great info from the University of Minnesota on protecting existing trees during construction that covers information such as:

All of this information can be found in their Sustainable Urban Landscape Information Series.

Image from SULIS webpage.
Posted by Urban Girl at 9:06 AM No comments: 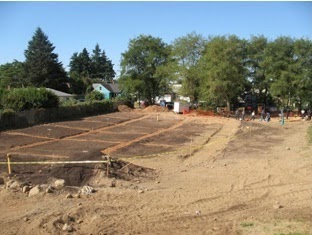 "For over twenty years, Cully residents set their sights on the conversion of a 25-acre grassy field in the neighborhood, well-located and large enough for a range of community activities – even if it happened to be the site of a former landfill." 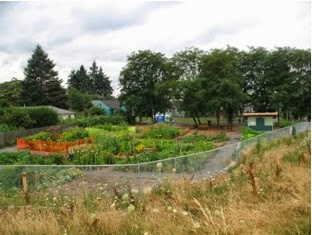 Images from SCC website.
Posted by Urban Girl at 5:43 AM No comments:

Meet Erika Svensen of the U.S. Forest Service and read about a couple of her projects:


SACRED SPACE.
Recently, my colleagues and I received a grant from the TKF Foundation, a private non-profit that funds publicly accessible urban green space. The project, entitled Landscapes of Resilience: Understanding the Creation and Stewardship of Open Spaces Sacred Places, focuses on acute disasters (such as the Joplin tornado and Hurricane Sandy on the east coast) and compares these disturbances with chronic, longer term economic disruption in our communities. We are studying when, where, how and why residents use greening activities as a mechanism for resilience and restoration. You can learn more about this project here: http://civicecology.org/tkf.php for more details.

URBAN FIELD STATION.
In addition to my current research, I am part of the New York City Urban Field Station. The field station’s mission is to improve the quality of life in urban areas by conducting and supporting research about social-ecological systems and natural resource management. It began as a partnership between the USDA Forest Service Northern Research Station and the NYC Department of Parks & Recreation. Here is a link to the NYC Urban Field Station site: http://www.nrs.fs.fed.us/nyc/

LIVING MEMORIALS.
One of my first research projects with the U.S. Forest Service resulted in a multi-year study to understand the meaning of community-based memorials and acts of environmental stewardship after the attacks of September 11, 2001. The Living Memorials Project http://www.livingmemorialsproject.net/ documented and investigated over 700 memorials nationwide, made them accessible in an on-line national registry, and findings were synthesized in articles, presentations and multi-media exhibits. Our research examines the emergence of September 11 memorials as part of a social-ecological process of resilience and the ways in which ordinary space becomes sacred. Our partnership with artists and designers enabled us to produce an exhibit, Land-Markings: 12 Journeys through 9/11 Living Memorials at the National Park Service’s Federal Hall National Memorial on Wall Street. We were honored to receive the 2007 EDRA/Places Award for Living Memorials National Research: 9-11 and the Public Landscape.


Full bio here: http://www.nrs.fs.fed.us/people/esvendsen
Posted by Urban Girl at 5:33 AM No comments: 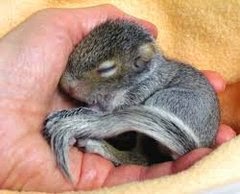 
WILDLIFE PROTECTION
Measures were in place to mitigate the effects of tree cutting on birds and animals in the area, Wilkinson said.
Cutting can only be conducted until April 15, the councillor said, to avoid the nesting season of birds in the area.
If tree cutting didn't happen before the deadline for bird nesting season, there would be no way for the school to be built in time for kids to attend in September of 2015, Wilkinson said.
That tree-cutting deadline is needed to comply with the federal Migratory Birds Convention Act, Snedden wrote. In addition, KNL was asked to follow the tree-removal protocol followed by the city's forestry department. That procedure involves tree inspectors searching for evidence of animal use or habitat, which is shared with tree-cutting crews, who do a second inspection of flagged trees to see if animals are present. If there is an animal in the tree, the tree is not disturbed and the crew returns to remove it once the animal has moved on. Nesting boxes were placed around the area to lure animals such as squirrels out from trees.
A similar policy is being considered for the wildlife construction policy the city committed to drafting as part of an update to its wildlife management strategy last year.
City staff conducted surveys to identify areas where trees and wildlife habitats were to be retained, Snedden said. They also monitored cutting to ensure the removals complied with the urban tree conservation bylaw.
Snedden said Blanding's turtles are still hibernating at this time of year based on population monitoring data. Wilkinson said KNL Developments has a certificate from the province allowing it to go ahead with work because the area isn't part of the main habitat of the protected Blanding's turtles. If turtles are found, they must be protected and removed from the area, Wilkinson said.


Image from: Unpublished Ottawa
Posted by Urban Girl at 6:09 AM No comments: