From an old 2009 Ottawa Citizen Article worth repeating:


The lives of tens of thousands of frogs, toads and salamanders could be saved each year if homeowners made a few simple changes to their homes and yards, says an Ottawa biologist.  Dan Brunton said backyard swimming pools are particularly deadly, and he has found up to 10 dead amphibians in the filter of his neighbour's pool before.  "The simple thing was they just couldn't get out," Brunton said.  "There's a wonderful commercial opportunity in here. Somebody make a nice little floaty ramp. You just leave it there and the critters climb out of your pool every morning."  A green frog trapped in the filter earlier this week was luckier than most — it was still alive when Brunton visited the pool to demonstrate the problem to a CBC reporter this week.

While Brunton was renovating his home recently, he discovered another problem for amphibians — window wells. "The day these were put in two toads were found dead the following morning," he said, pointing at his own below-grade basement windows.  Brunton has now built gravel slopes in the wells so toads and other critters can climb out — something he encourages other homeowners to do.  "Since we've put this simple, simple little ramp in there, not one more animal has died in this thing."

Fraser Veitch, a spokesperson for Benson Pools, a company that sells pool equipment and services, said it's fairly common for frogs to get trapped in pools, but people aren't always sure what to do when it happens.


Someone has now created that device to rescue frogs (and other animals including mice) from pools called the Frog Log. Here is a You Tube video showing the product in action: Frog Log (U.S. Company) 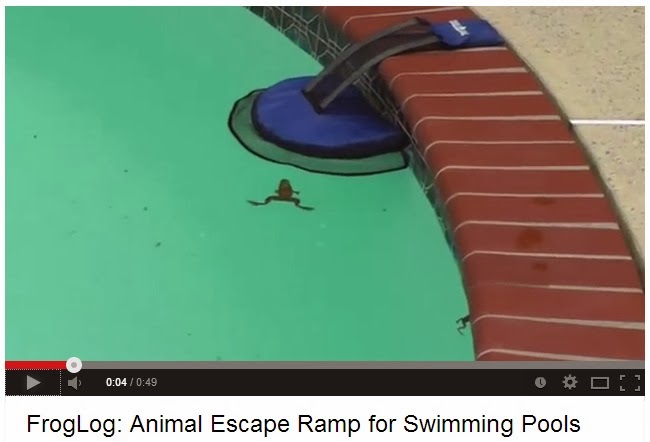 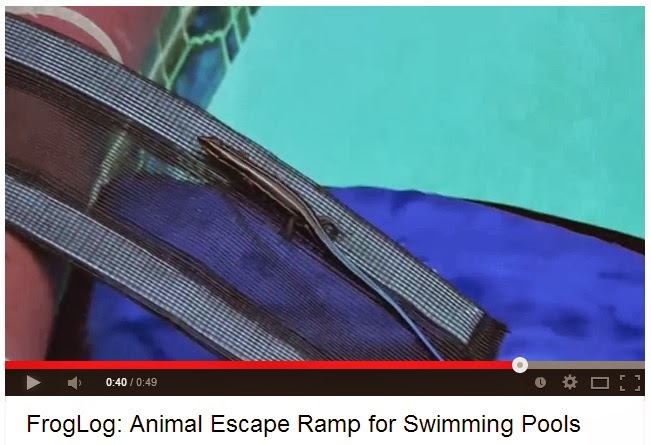