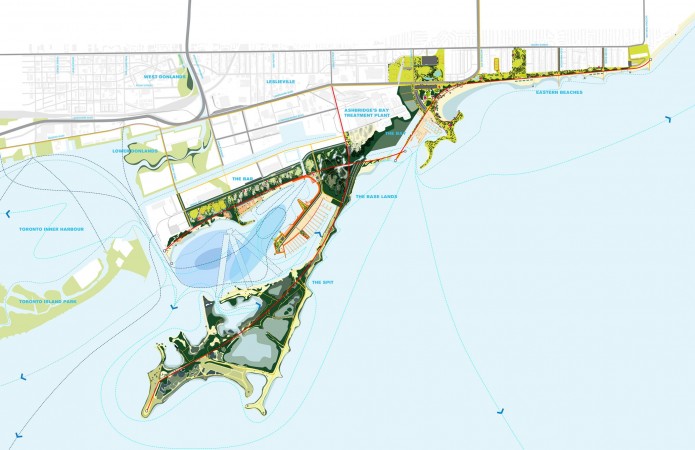 While so many Canadians and Torontonians are talking about Rouge Park, another great space is being overlooked during the debates and discussions.  It seems that Toronto is blessed with a second urban park close to the waterfront.  Although its size is approximately 1/10th of the potential 4000 hectares that will become the first national urban park, the Port Lands at 400 hectares is still an impressive size for a centrally located green space.

"An exciting future initiative on our new blue edge will be the development of Lake Ontario Park. It will transform the southern portion of the Port Lands into part of a massive new park. Encompassing 375 hectares (927 acres) and 37 kilometres of shoreline, Lake Ontario Park will be Canada’s next great urban park.  It will encompass numerous ecologically 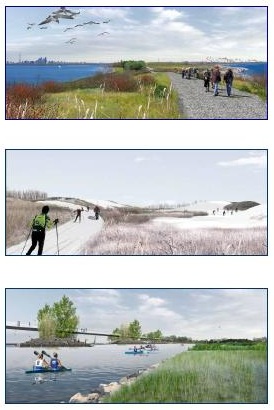 unique and distinctive landscapes, from the spectacular wetlands that define Tommy Thompson Park, to the cathedral stand of cottonwoods that frames Cherry Beach. Lake Ontario Park will be a world renowned urban wilderness and recreational park that will truly define our relationship with the water’s edge."  Quote from the Waterfront Toronto Website

The total size of the Port Lands district is 400 hectare (988-acre) bounded by the Keating Channel/Don River and Lake Shore Boulevard in the north, the Toronto Inner Harbour in the west, Ashbridges Bay in the east and Lake Ontario and Tommy Thompson Park in the south. This extensive, underutilized area presents an unprecedented opportunity for waterfront revitalization. Much of the Port Lands is publicly owned and is within a 30 minute walk of downtown Toronto. The southern portion of the Port Lands is bordered by Lake Ontario and much of it is used formally and informally as recreational space.