in defense of native trees... 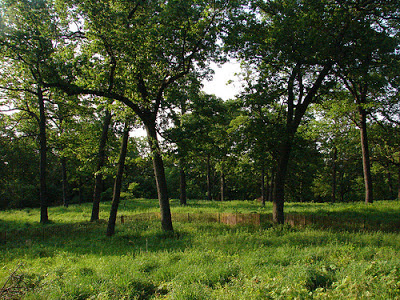 From: "Old oaks face the axe, a major loss to the city’s ecosystem"
Published on Monday November 26, 2012 in The Toronto Star

"(Eric Davies) explained that the black oak savannah in the park is a rare and precious ecosystem; it has been declared an “area of natural and scientific interest. That designation — ANSI — means it is important to the city, the province, the country, and the continent; of interest to the whole damn world.  The periphery around any ecosystem is called a buffer; here, (Juncos which are migratory birds) use it to hopscotch in and out of the park. When the trees are gone, they won’t be able to do that.

A larger point: because of the way pollination works, the trees under threat ensure the genetic health of the trees across the street. You would think that, if we protect the park, we would protect that which the park relies on...  (Other cities are) protecting their urban forests... making their buffers larger, extending the natural ecosystem... There is a recent study looking at insects and birds in native and non-native trees; the native trees have 50 per cent more biodiversity — insects, birds, fungi, mammals.