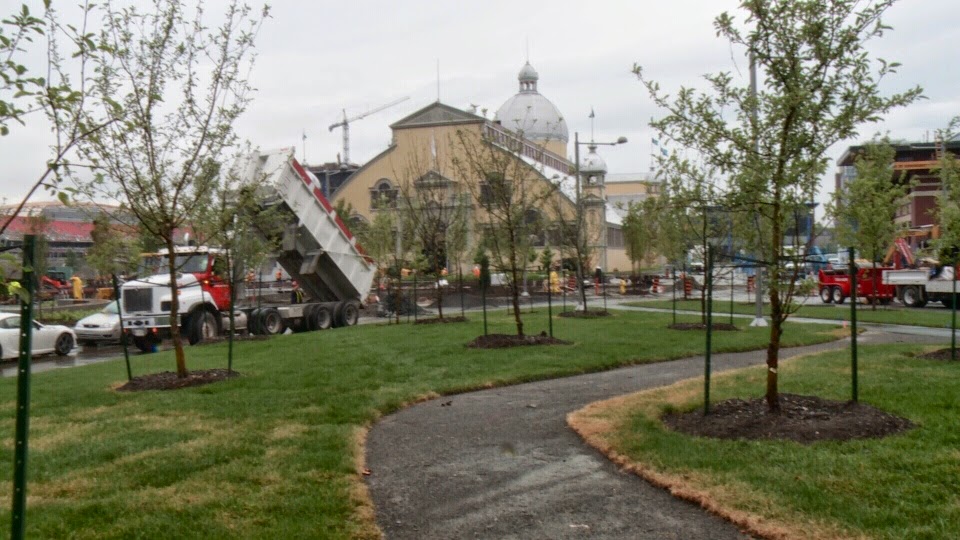 I first blogged about a Depaving project in California and the organization in Portland in 2012 - finally Ottawa is implementing its own "depave" projects!

Lansdowne Park is a large scale project (replacing 11,000 square metres of pavement for grass) where they are "putting the park back into Lansdowne Park".


"The new park includes plenty of pathways and seating areas, places for events, a farmer’s market and other vendors, and plans for features like a children’s play area, a water plaza, skateboard park and outdoor rink.

Workers have planted over 850 new trees and thousands of shrubs. There’s even an apple orchard in the north-east corner of the park where some trees are already producing fruit. “There’s seven or eight different varieties of apple trees that will be open to the public for picking and there’s a pathway system and a picnic table area in there,” says Doug Clunie of D&G Landscaping – the Ottawa company in charge of building Lansdowne’s urban park.


The other Depave project is one by the Depave Paradise organization - working through Ecology Ottawa.  It is being done at Kitchissippi United Church: The Alcove Garden Project (630 Island Park Drive).
Posted by Urban Girl at 6:28 AM