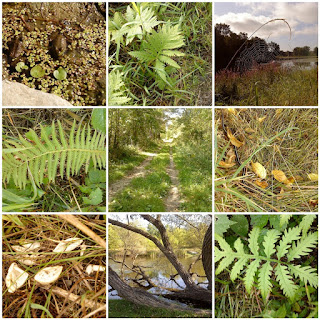 At 40 I chose a new path.  It had been percolating in me for awhile.  I knew I wasn't happy at work but really didn't know what I wanted to do.  For awhile I thought a trip to India would be a good place to soul search but that would be a few years in the making.  While I pondered and saved, I started looking into local opportunities that peaked my interest.

First it was an urban stream monitoring program, where local citizens got in hip waders and took measurements of urban streams.  It was amazing to get outside - it reconnected me to my childhood and the river's comforting rush of water.  Next it was a lecture on urban meadows and the opportunity to create habitat where there never was before and create new opportunities for birds and birders.  Then I went to a tree planting session and heard from someone who recalled planting trees when he was 20 and how rewarding it was to go back 40 years later and see the living legacy that he had helped create.  All of these events and experiences led me to a new career of urban ecology.

Now I'm at school learning about scientific protocols, animal tracking, statistical reliability and restoration projects but it's hard to see its applicability in urban settings sometimes as it's such a new field.  What I'd like to do next year is fly to Europe and visit some of the cities that I have read about in magazines and on the web where they are doing incredible work in this area: creating beautiful urban meadows of flowers in the Prenzlauer Berg District in Berlin, designing urban nature zones and adding ponds to the different arrondissments in Paris, adding wetland habitat in the London Olympic parklands in Lea Valley and preserving the market gardens and greenbelt in Vitoria-Gasteiz.

It would be amazing to have what I learn, leap off the page and become real for me - to really live and breath the amazing opportunities that there are and to be able to learn from what Europe is doing and apply it to cities in Canada!