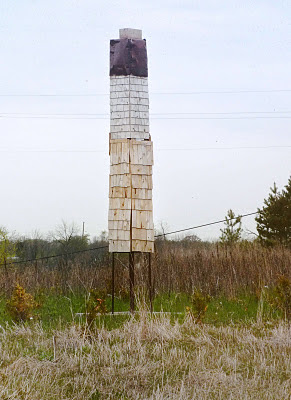 "The Chaetura pelagica or Chimney Swift is a long distance migrant bird that winters in Peru. In 2006 they were listed as a threatened species, but now, with the help of conservation efforts have returned..."

- in the Kawartha Lakes Region: Swift Response (The Peterborough Examiner)
- in the Niagara Region (Fort Erie): When Nature Calls (Niagara This Week)

All about Chimney Swift Towers and the Birds (2011)
Chimney Swift population decline is not due to lost habitat - 2012 Ontario Study (2016)
Posted by Urban Girl at 8:42 PM