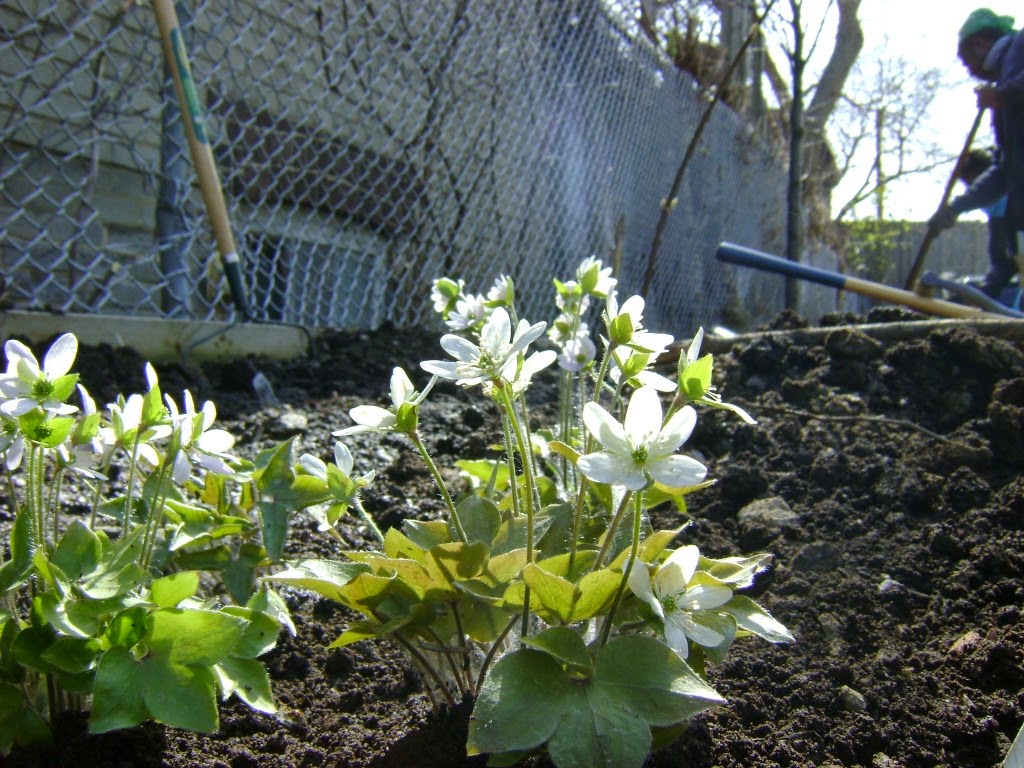 Ecoman shared this link with me - great project in Toronto (this was a small project done after an extensive 6000 square foot rooftop garden had been created. Cool that once the first project was done - they started looking for other areas that could be improved!)

In an effort to transform Gravel Garden into something a bit more visually and ecologically pleasing, Green Access staff teamed up with Ecoman to take on a mini naturalization project that included edibles, native plants, and even some medicinal species!
Over the summer, purple flowering raspberry (Rubus odoratus) thrived and red currant bushes bore a tasty first harvest. Solomon’s Seal, Hepatica and Comfrey started to get established in the shady areas. We experimented with growing hardy Kiwi (Actinidia kolomitka) and a specially bred variety of honeysuckle with edible berries (Lonicera caerulea). Bugbane (Cimicifuga) and Virginia Mountain Mint (Pycnanthemum virginianum) were also nice additions.
Two small transplanted honey locust trees (Gleditsia triocanthos) and one lilac suffered a bit in the hot and dry parts of summer but they ultimately became well-established. Finally, later in the season a couple of America Elder (Sambucus nigra) trees were added.

*****
Love that they rescued some trees from a Canada Blooms installation (saving costs!) for the Gravel Garden. And do hope that they post some after shots - would be great to see what it looks like now.
Thanks Ecoman (Jonas Spring) for sharing the info!
Posted by Urban Girl at 11:22 AM