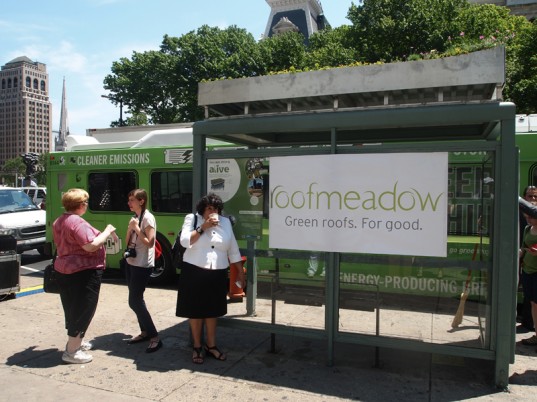 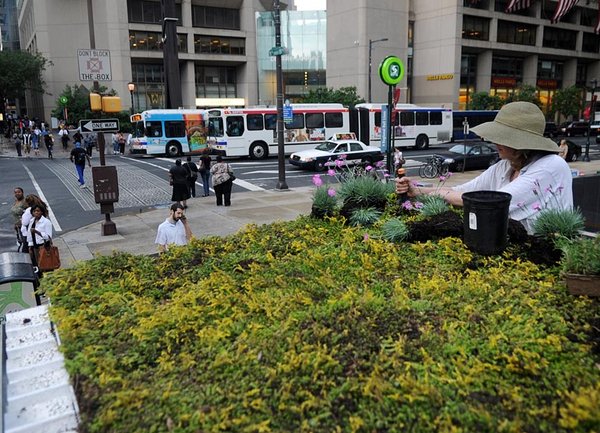 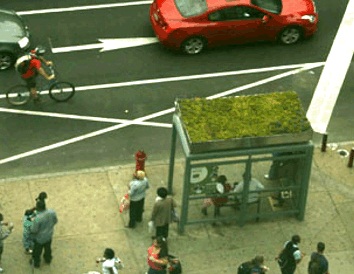 My friend mentioned last year that she had seen green roofs on Philadelphia's bus stops and I just got around to find out what they were all about. Here's more information:

"The 60 square foot bus stop green roof at 15th and Market was based off of Roofmeadow’s idea to create a prefabricated kit that can be used to install a green roof on any standard bus shelter in Philadelphia and is meant to help promote PWD’s efforts to raise awareness around urban storm water issues. Any future replications of this first design will be paid for not by the city but by funds from advertising on the side of the bus shelter where the green roof has been installed."

"In Philadelphia alone, 52 green roofs have sprung up, totaling 10.6 acres by the count of the Water Department, which is tracking them as part of its effort to amass data on storm water.

Storm water is a historic problem for Philadelphia because most of the city's underground pipes combine rainwater and sewage. During storms, the system becomes overwhelmed and water polluted with raw sewage and road dirt overflows into streams and basements.

"Every acre manages or eliminates roughly a million gallons of storm-water runoff a year in the city," said Chris Crockett, acting deputy commissioner of environmental services for the Water Department."

2016 Update: I've also heard about green bus stops in Sheffield (U.K.) by Groundwork Sheffield and the TTC Finch West Station is going to have a green roof!